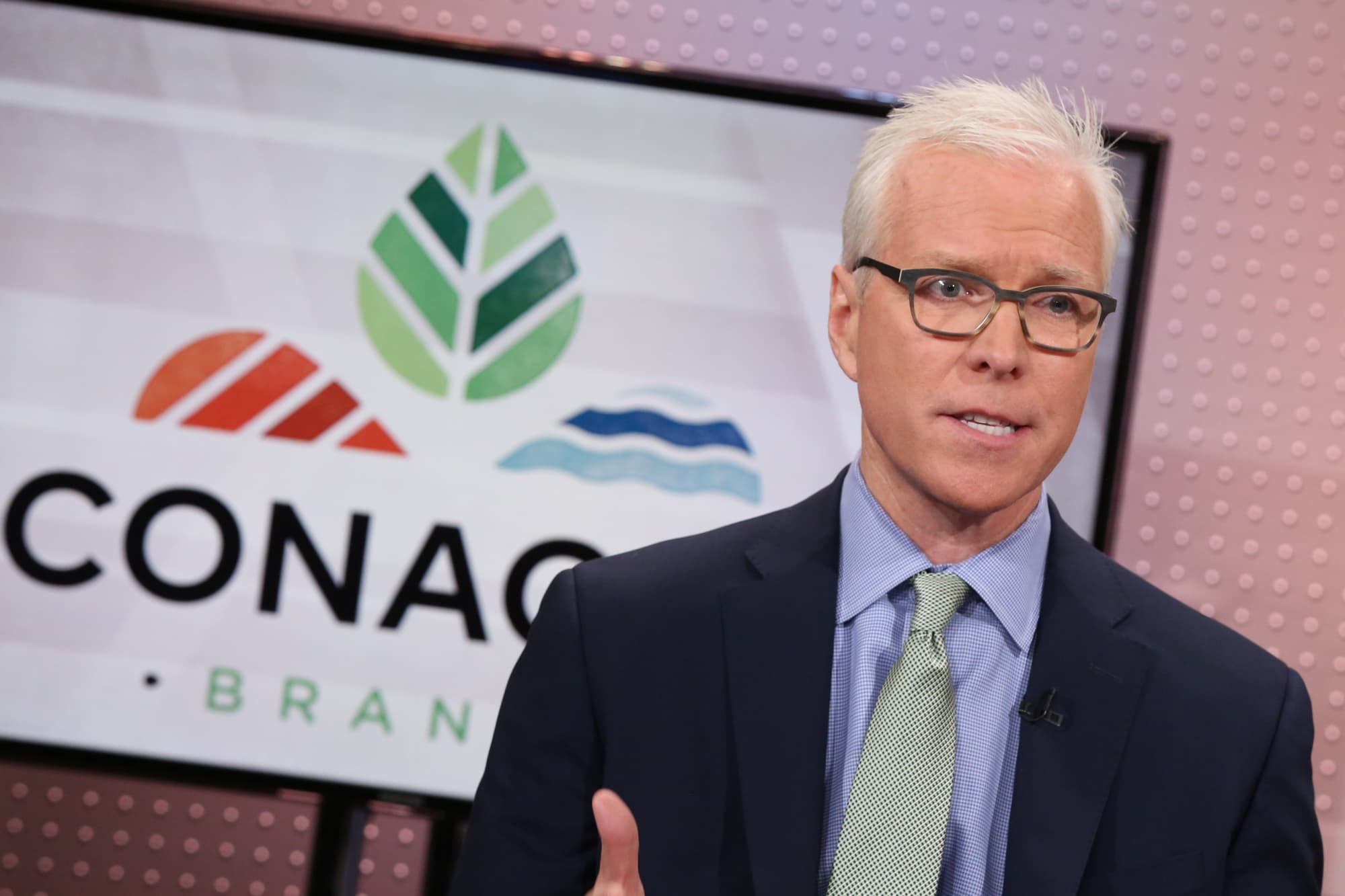 Conagra Brands CEO Sean Connolly, in an appearance on CNBC Tuesday, explained how the food company plans to implement changes to one of its most recognized brands.

In the midst of a civil uprising that has brought racial injustice and inequity to the forefront in America, Connolly earlier this month announced that the company would undergo a brand review for Mrs. Butterworth’s, a popular syrup brand that first hit shelves in the early 1960s.

Connolly said that “perception is reality.”

“Mrs. Butterworth’s was really architected to resemble a loving grandmother, but we can understand how some people may view it differently, may find it offensive,” he said of the brand’s packaging in a “Mad Money” interview with Jim Cramer. “We’re really in the listening mode right now. We want to understand what a diverse range of our consumers and our employees think, and we want to do what’s right.”

Conagra, through Mrs. Butterworth’s, joins a growing list of companies that committed to revamping their packaging images after questions about racist imagery. Aunt Jemima, Uncle Ben’s and Cream of Wheat, whose brands depict Black cooks in a reference to America’s past, in recent weeks also announced plans to initiate a brand review.

Aunt Jemima, the pancake and syrup company owned by PepsiCo, was the first to grab headlines when it acknowledged its name and packaging was derived from racist mammy caricatures of Black women. The brand reviews were announced amid a wave of global protests over the killings of Black people in recent months, particularly George Floyd, Ahmaud Arbery and Breonna Taylor.

“It’s really part of a bigger initiative, Jim, really coming out of all the horrific things you’ve seen in society over the last couple months,” Connolly said. “The horrific violence, the racial justice, we and other companies have to up our game when it comes to diversity and inclusion, and that starts with listening and it starts with being more aware and sensitive. And that’s really what this Mrs. Butterworth’s review is all about.”

As protesters continue to march, corporate America has made a range of promises to improve their diversity numbers and better serve communities that have historically been oppressed. The demonstrations have caught the attention of lawmakers as well, who have made their own promises to address relations with Black communities and police misconduct.

“I see a groundswell of energy to not lose momentum against this cause,” Connolly said of the protests. “We want to focus on what is the plan and we want to deliver results because the proof will ultimately be in the pudding.”

Conagra shares surged 4% in Tuesday’s session and hit a 52-week high during trading before closing at $35.17.