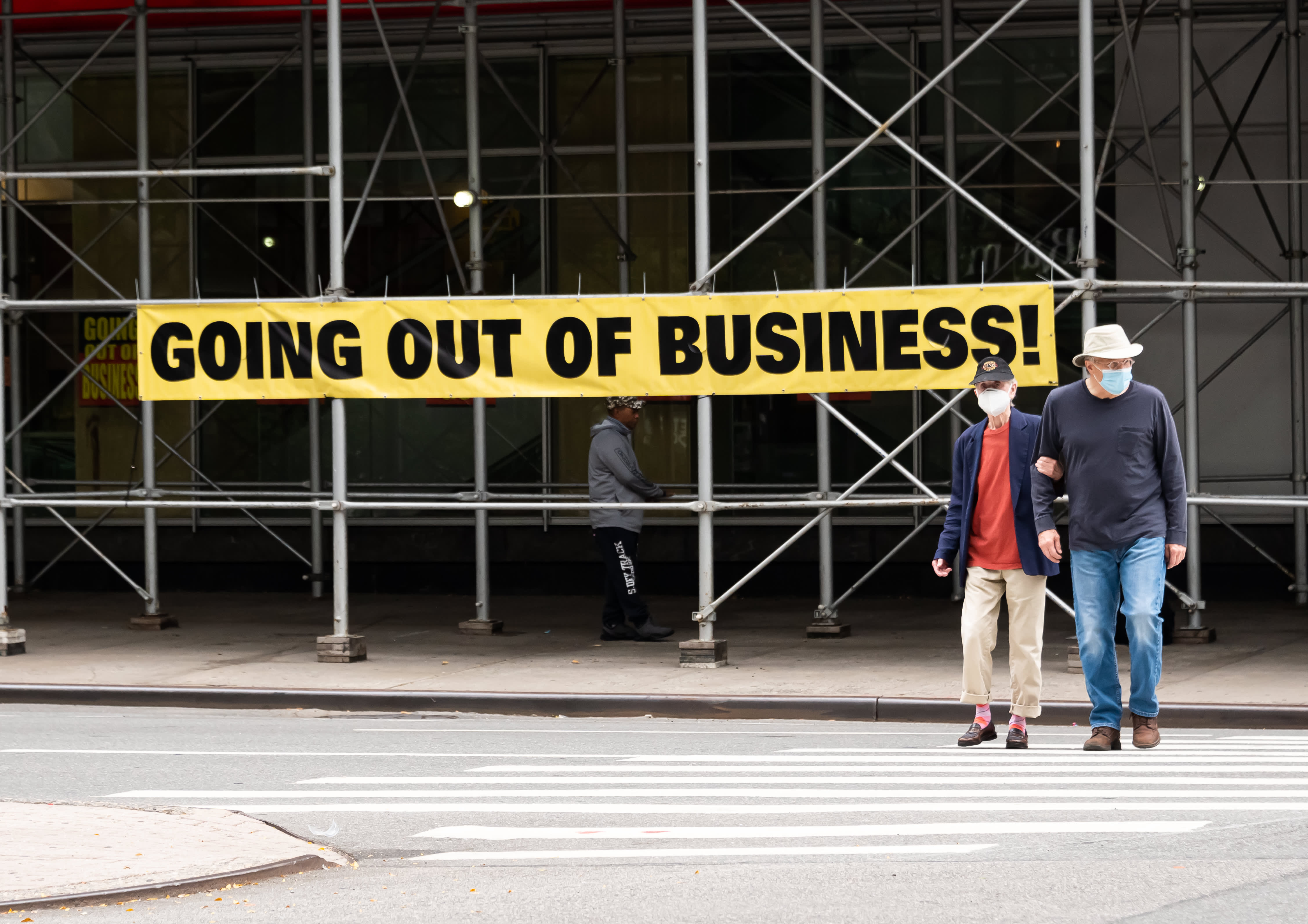 People wearing protective masks walk by a going out of business sign displayed outside Century 21 on the Upper West Side as the city continues Phase 4 of re-opening following restrictions imposed to slow the spread of coronavirus on September 27, 2020 in New York City.

Bankruptcies in the New York City region have surged 40% during the coronavirus pandemic compared with the same time a year ago, according to Bloomberg.

The crisis has hit a number of industries across the United States, with retailers and restaurants among those hardest hit. Century 21, the parent company of Chuck E. Cheese and Neiman Marcus are among the companies that have filed for bankruptcy as a result of the pandemic. But in New York City, which became the epicenter of the virus in March, the environment has been especially challenged. Tourism has plummeted, government officials have been more cautious about reopening the economy and many wealthy residents have fled to the suburbs.

From March 16 to Sept. 27, 610 businesses filed for bankruptcy in the Southern and Eastern Districts of New York, the publication reported on Tuesday. The two districts include some counties in the city’s neighboring suburbs.

Owners of small businesses, which have struggled more during the pandemic, are less likely to file for bankruptcy. Instead, many are simply leaving the keys in the door. Yelp data shows that more than 4,000 New York City businesses have permanently closed since March.

Another flurry of bankruptcies and permanent closures are expected as cold weather arrives along with a forecasted second wave of coronavirus cases. Local health officials issued a warning on Monday as cases in New York rise and hospitalizations increase.